Government is clueless about the economy: P Chidambaram 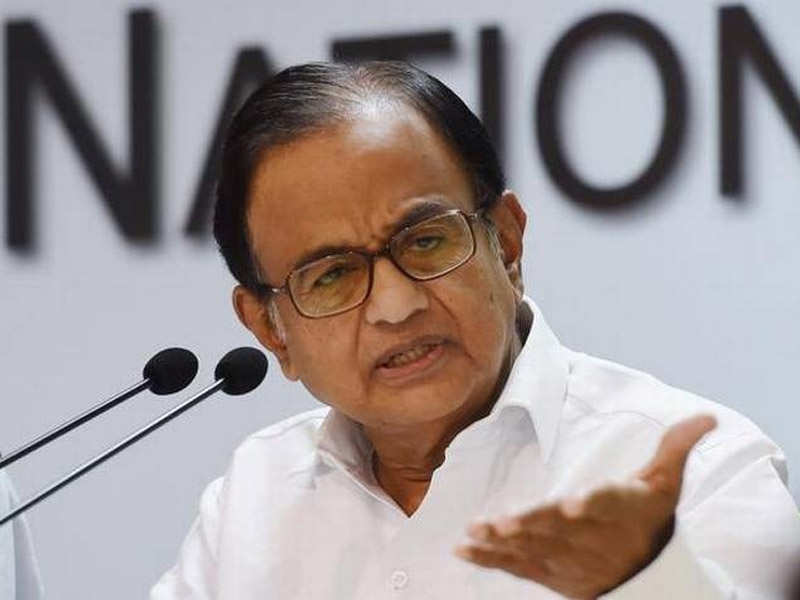 on Thursday, training his guns at the Centre, said that Prime Minister Narendra Modi-led BJP government is clueless about the economy and added that India will be lucky to end the year if growth touches 5%.

“Government is clueless on economy; It is stubborn, mulish in defending catastrophic mistakes like demonetisation, flawed GST,” said the former Union minister at a press conference in the national capital on Thursday.

“Please remember Dr Arvind Subramanian’s caution that 5% under this government, because of suspect methodology, is not really 5% but less by about 1.5%,” Chidambaram added.

The former finance minister said nothing sums up the state of the economy better than the series of numbers, 8, 7, 6.6, 5.8, 5 and 4.5 — a reference to quarterly growth rates of the GDP in the last six quarters.

Calling economic slowdown a man-made catastrophe, Chidambaram, who was released on bail on Wednesday after spending 106 days in jail, said: “The PM has been unusually silent on economy, has left it to his ministers to indulge in bluff and bluster.”

Taking a swipe at the BJP government, Chidambaram said it is calling the present slowdown “cyclical”; thank god it has not called it seasonal, he added.

Discussing the economy, Chidambaram said: “Even after seven months into the fiscal year, the BJP government believes the problems faced by the economy are cyclical. The government is wrong. It is wrong because it is clueless.”

“It is ‘structural’ and the government has no solutions or reforms that would address the structural problems,” he further said.

The BJP countered Chidambaram’s attack on the government over the issue of economic slowdown, and said low inflation and high growth in economy have been the highlights of Modi dispensation since 2014 while the opposite was true for the preceding Congress-led UPA regime.

by claiming to have a very clear record as a minister, and said the case against him was essentially about corruption he was allegedly involved in as the finance minister.

He told reporters that the claim of Chidambaram amounted to “self-certification”.

“P Chidambaram has violated the bail condition on the very first day after his release…. What he said is in violation of this condition.”

Finance Minister Nirmala Sitharaman also countered criticisms over the economy and rising onion prices by citing the government’s efforts to control onion prices and also highlighted the schemes such as free cooking gas to poor women and financial inclusion programme of Jan Dhan Yojana to say that the Modi regime was not pompous.

Responding to the criticism over her onion remark, Sitharaman said only her comment of not coming from a family that doesn’t have much to do with onion was taken out from her reply in the Lok Sabha but not her 20-minute articulation of steps taken by the government to tackle the surge in onion prices including rushing truck loads from different states.

According to the Congress leader, the previous UPA dispensation had lifted 14 crore people out of poverty between 2004-2014, while the NDA had pushed millions of people below the poverty line since 2016.

“The economy can be brought out of the slowdown, but this government is incapable of doing that,” he said. “I believe that the Congress and some other parties are better equipped to pull the economy out of the slowdown and push economic growth, but we have to wait for better times,” Chidambaram added.

Asserting that the government “is in denial” over the state of the economy, Chidambaram pointed out that rural consumption is down according to the National Sample Survey Office (NSSO) as are rural wages and producer prices, especially for the farmers.

There is less demand among the people because they have less money and less appetite to consume due to uncertainty and fear, Chidambaram claimed.

Asked about industrialist Rahul Bajaj, who had asked Union home minister Amit Shah if people were scared to criticise the government, Chidambaram said: “There is fear everywhere. Media also gripped with fear.”

In the beginning of his press conference, Chidambaram said his first thoughts upon his release were with the Kashmiri people who “have been denied their basic freedoms since August 4, 2019.”

“I intend to visit Jammu and Kashmir, if the government allows me to do so,” he said.