Demonetisation Those in the supply chain of perishable farm goods are suffering the most. (Photo by Patrik M. Loeff) Small vegetable and poultry farmers severely affected by demonetization drive 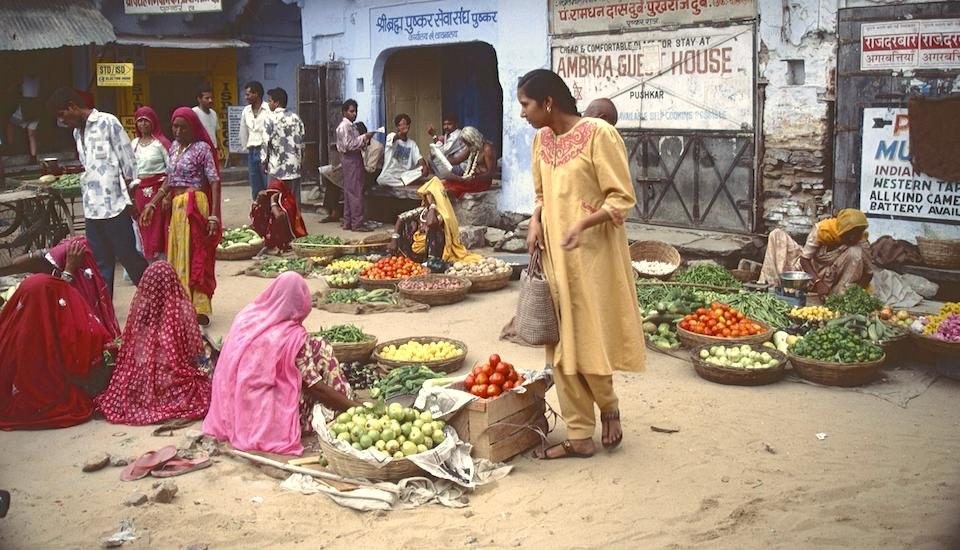 Two weeks ago, in the initial days of the demonetization move, I had suggested that the effect of withdrawing some 85% of currency notes by value on the rural poor would go through five different pathways — effect on short term income, effect on short term expenditure, effect on current currency stock, effect on incomplete or recent capital asset transfers and effects due to manipulation by the locally powerful people. I had also suggested certain assessments of what would cause what sort of damage. See: Demonetization and the rural poor in five dimensions

The experience and observations of the quality of implementation in the past two weeks need an update to that analysis. The previous assessment by and large has been vindicated but there are certain deviations to be noted and qualifications to be made primarily due to the speed or absence of it in replacing old currency. I have experienced the difficulty in exchanging a Rs 2,000 banknote and have yet not seen anything between that and the old Rs 100 notes. Normal transactions have become more problematic in every day life even in the large city that I live in. I can readily understand and imagine the much more serious dislocations and difficulties that people are experiencing in places where the banking reach is much poorer and not well serviced.

The picture is not as black as many make it out to be. Hearing personal and reading accounts form reliable colleagues, the conclusion is that the negative impacts of demonetization are not nightmarish but certainly not negligible either. The effect on farm operations made out in the press seems overplayed.  The worst effect is on very small producers of perishable commodities like vegetables, fruit, milk and birds. The effect is bad on them primarily because the entire value chain up to the consumers has historically been cash driven.

Many of the perishables, with the possible exception of milk, are in a class that can be called supplementary or auxiliary foods, not essential like salt, cereals or water. A household can always do without leafy vegetables for a short period and cook curries with only onion and potato.

When cash is short, a household does not buy leafy vegetables but buys only the potato. This cumulated over lakhs of households in a city kills demand for leafy vegetables, and since these are perishables, sellers face a completely unwilling market. This is what has happened to fresh vegetable producers, fresh fruit producers, etc. See: Small vegetable farmers in Maharashtra suffer blow from demonetization

The effect is even stronger on so-called luxury foods in the Indian context. Millions of households have meat or fish over weekends and not everyday. These households, when confronted with cash crunch, have simply not bought birds or fish. Since most of the market for animal products is for unprocessed or live produce, the market for these has simply crashed through the floor.

Bird prices have dropped to less than half their pre-demonetization levels and broiler producers whose birds had become saleable on November 8 lost income from a whole batch. Fish markets have more or less vanished from many places. These developments have had their implications on the livelihoods of those people engaged in these value chains.

The second and major negative consequence has been on daily wage earners in lines that were driven by cash. Construction sites are obvious examples of this. Scores of construction sites on which work was going on in the first week of November now wear a deserted look. Builders faced a big shock when notes were banned and even those who relied not so much on cash had difficulties withdrawing money to pay workers every week since then. Naturally, there are discontinuities in the continuation of the work. See: Farmers, daily wage laborers in Odisha badly hurt by demonetization

There are of course some interesting and positive side effects. Quite a lot of vendors of vegetables, groceries, etc., have rushed in to buy point of sale machines and people have started transacting electronically on a larger scale than before 8 November. People who need to tour in remote areas have reported that a lot of taxi operators have started accepting payment through bank transfers. The decision to allow old notes at petrol pumps has eased a lot of strain.

Chicanery of the unscrupulous

The effect of chicanery of unscrupulous but locally powerful people using the poor as routes for converting their ill-gotten wealth into legitimate money remains potentially destructive and large. The government says thousands of millions have flown in the no-frills Jan Dhan savings bank accounts. On what terms they were deposited in these is not so clearly known, but it is reasonable to assume that this has been a massive laundering operation.

The poor may indeed be left holding a sick baby if they are on one hand penalized by taxmen for depositing unexplained money in their accounts and on the other are harassed by the locally powerful to stick to original contract terms.

However, almost from every quarter one hears people still supporting the original decision of banning old Rs 500 and Rs 1,000 banknotes since they believe this was a step that would end the old regime of rent seekers and crooks. The durability of this support appears critically dependent on the efficacy of the banking system in ending the currency drought.