Are you also a ‘false negative’ patient of Corona?

Corona’s report should be negative, it does not mean that you are not infected. This is because there have been many cases in which the patient was infected but it could not be confirmed in the initial investigation. There have been many such patients around the world who were suffering from symptoms of Kovid-19 like cough, shortness of breath and high fever, and the reports were found to be negative when they were tested. 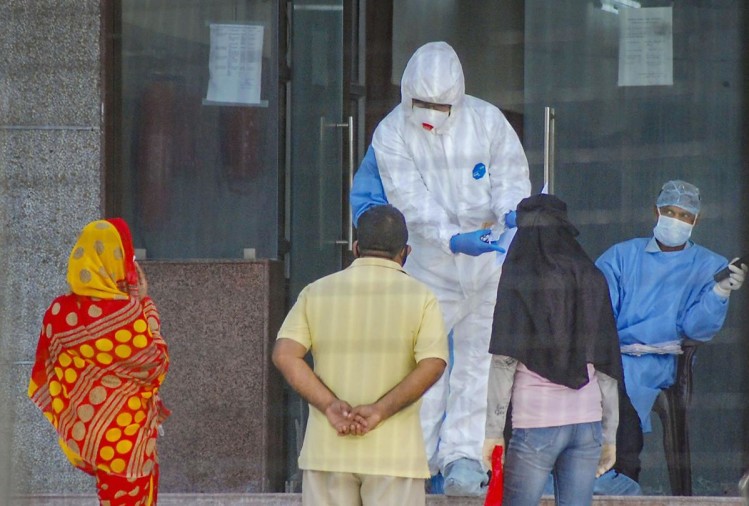 The doctors advised him to stay at home and to come back once the symptoms progress. After a few days, when the condition started getting worse, then went to the doctors. The doctors took samples for their re-examination and when the report came a short time later, it also turned negative.

One reason for this is to take nasal discharge from within the nose while taking a sample. For this, the swab also has to rotate in the nose for a long time. Weak technique can also be the cause of false negatives. Indeed, cases that were negative at first, then found positive or infected, but their investigative report is negative, they are called false negative.
Infection has not begun
At present, the prevalent corona screening method makes it possible that the infection may not be caught. Currently, RT-PCR is being investigated by polymerase chain reaction. Through this, the virus particles present in the breath are captured at the beginning of the infection. The American Center for Disease Control and Prevention (CDC) says that at times when something is found to be negative, it may mean that the infection has not started while taking the sample.
Falls negative up to 30 percent
In such a situation, the examination will tell you that you are not infected, but symptoms of related disease may be present. In the wake of Corona, many such cases have been reported. Unfortunately no data is being collected for such people. Experts in China say that up to 30 percent of corona infections can be negative. In many countries, doctors have predicted that the number of falls negative may be higher.
Don’t stick to just one check
Any test report should also match other evidence. Only assuming an investigation report is right can endanger. Other doctors should also be consulted and compare the test results with their symptoms. Assume that any of us can be infected, even if the investigation report comes negative.
China: 80 percent people infected with those who did not feel symptoms
80 percent of corona people are affected by people who do not know the symptoms of the virus themselves. Scientists at the Shanghai-based Xiao Tong School of Medicine have also found that one person infects another on an average of 3.8 days.

Scientists say that to eliminate the virus from the root, a large-scale investigation with isolation needs to be done so that the virus can be captured, which people have but do not realize it.

Researchers say that by the time the first infected is identified, the second person has been infected by it. Studies on Wuhan patients showed that most people were infected with those who looked perfectly healthy but were infected.