As the nation celebrates ‘Azadi Ka Amrit Mahotsav’ to mark 75 years of India’s Independence, the National Film Archive of India, Pune has put together a special virtual exhibition of films – ‘Chitranjali @ 75: A Platinum Panorama’. 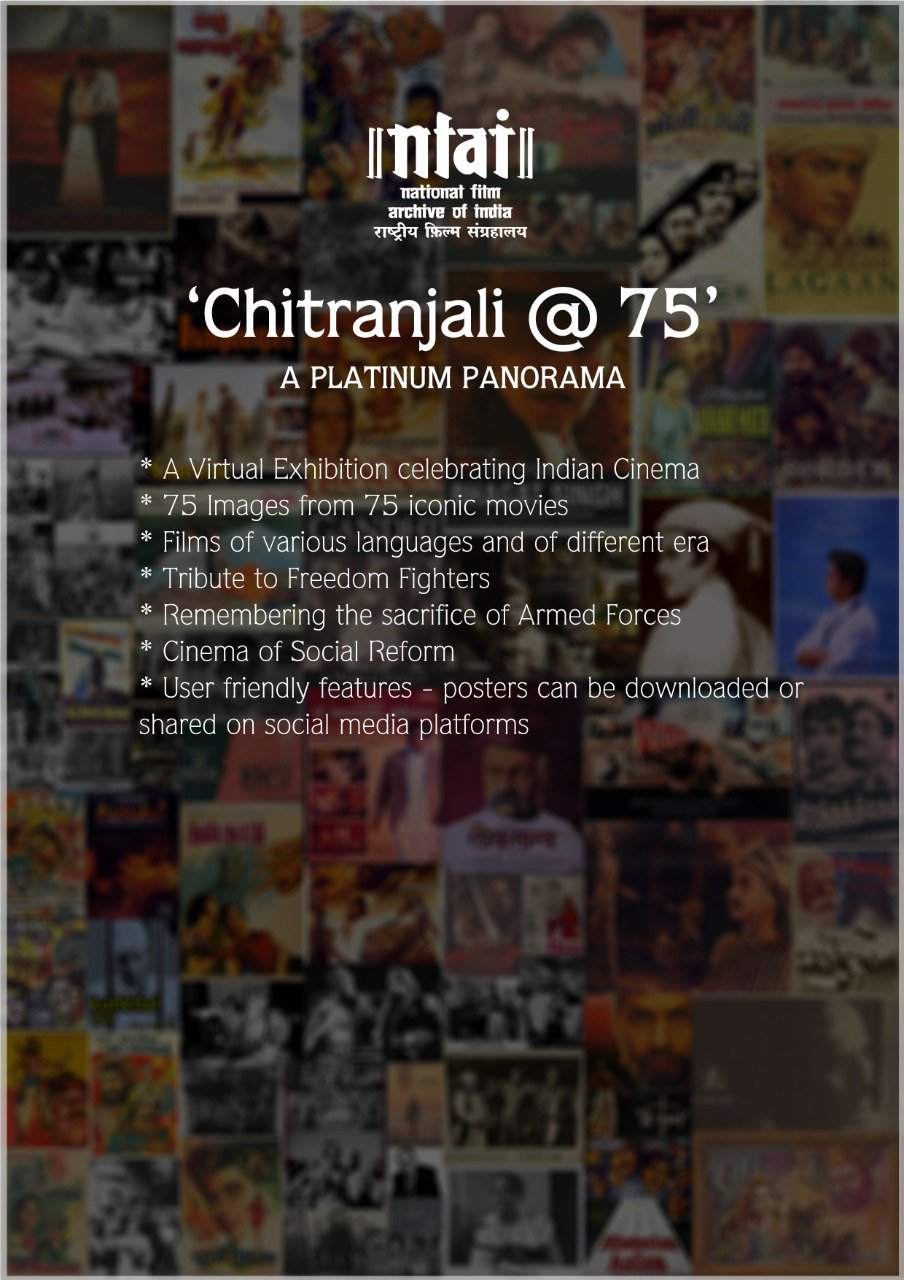 A panorama of visual documentation, the online exhibition traces the nation’s journey since the attainment of independence. The digital collection showcases the Indian cinema glorifying the bravery and sacrifice of the freedom fighters and soldiers. It shows films that reflected the undercurrents of the society and paved the way to various social reforms, and films which immortalized the heroes in uniform – the armed forces.

Launching the exhibition as part of I&B Ministry’s celebration of Iconic Week of Azadi Ka Amrit Mahotsav, the Union Minister for Information and Broadcasting Shri Anurag Singh Thakur said that Indian Cinema is the nation’s soft power and has played a big role in creating an identity for the country on the global stage.

About the virtual exhibition

‘Chitranjali @ 75’, presents different moods of patriotism through 75 film posters and photographs from different language cinemas. The exhibition is divided into three segments: ‘Freedom Struggle through the lens of Cinema’, ‘Cinema of Social Reform’, and ‘Saluting the Brave Soldiers’.

‘Freedom Struggle through the lens of Cinema’ portrays tales of the heroic feats of our freedom fighters, in various languages. The bravery and sacrifice of freedom fighters find a rightful place in Indian cinema, and these stories will continue to inspire the generations to come.

‘Cinema of Social Reform’ brings out the intersection of Indian cinema and the Indian Nationalist movement in the early decades of the twentieth century. It showcases the power of cinema to mobilize the energy of the people by instilling patriotism through powerful visual projections and melodies. Many of the social reform movements depicted in these films were born during these times and in a way helped galvanizing society. 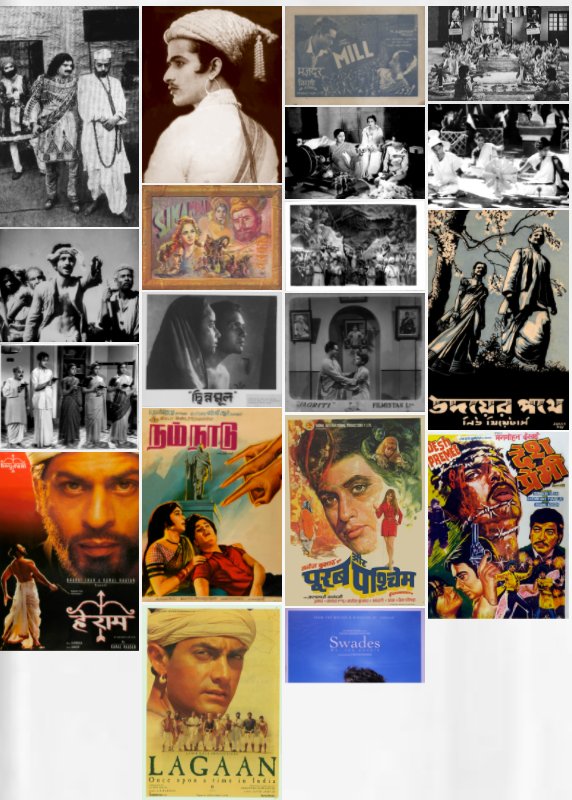 ‘Saluting the Brave Soldiers’ is a fitting tribute to the valour of the armed forces, which has been a recurring theme in our cinema. The war films showcased in this segment have succeeded in creating an aura of selfless martyrdom and immortality to the soldiers of our nation. The exhibition showcases these images to salute the heroes in uniform. Some of the notable films which are included in this exhibition are:

1857 (Hindi, 1946) – historical fiction drama featuring Surendra and Suraiya set against the backdrop of the the First war of independence

Piyoli Phukun (Assamese, 1955) – a film is based on the life and struggle of a historical character of Assam, Piyoli Phukan, son of Badan Borphukan, who revolted against British occupation. He was sentenced to death and hanged in 1830 at Jorhat.

Kadu Markani (Gujarati, 1960) – a film paying tribute to Kadu Makrani of Kathiawad, a.k.a. Robinhood of the East, who resisted British Rule.

Kittur Chennamma (Kannada, 1961) – historical drama film in Kannada language, directed and produced by B. R. Panthulu starring B. Saroja Devi as Kittur Chennamma, who led an armed rebellion against the British East India Company in 1824,

Subhash Chandra (Bengali, 1966) – a Bengali classic directed by Pijush Bose, based on the life of the legendary figure of Indian freedom movement Netaji Subhash Chandra Bose,

Shaheed e-Azam Bhagat Singh (Punjabi, 1974) – a bio-pic movie based on the life of Shaheed Bhagat Singh, directed by Om Bedi

22 June 1897   (Marathi, 1979) – award winning filmd based on the true life story of the assination of two British Officers – Walter Charles Rand and Charles Egerton Ayerst by Chapekar brothers in Pune in 1897.

Kaalapani (Malayalam, 1996) – epic historical drama film co-written and directed by Priyadarshan. Set in 1915, the film focuses on the lives of Indian independence activists incarcerated in the Cellular Jail (or Kālā Pānī) in Andaman and Nicobar Islands during the British Raj.

The full list of 75 films can be found here.

The exhibition has been designed to be user-friendly, with easy features for downloading and sharing on social media.